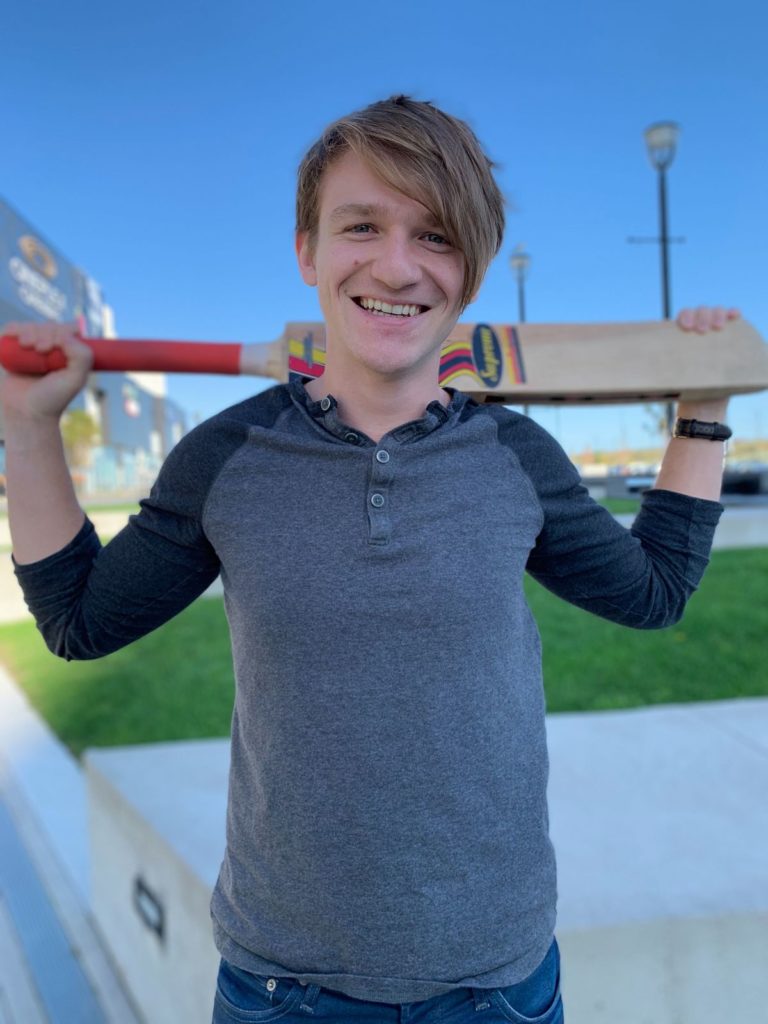 Javelin Sports is a sports management company that helps people get active. We built a marketplace for sport players and organizers to make the process of playing sports easier from top to bottom.

Tell us about what you’re working on.

We have a mobile app, called Javelin, that helps people join sports leagues and pick-up games in their area.

How did the idea come about? What was the inspiration?
Javelin began in the final year of my undergrad degree. I was studying business and for one of my classes I had to present a business plan to a panel of judges. One of the problems that my team wanted to solve was that we used to play sports a lot as kids, but found ourselves playing less and less as we grew up. So, we wanted to build something that fixes this problem for people.

How did you bring the idea to life?

There were a lot of steps we took to get to where we are. This was my first entrepreneurial venture; so, a big part of our progress was learning as we went along. While we were building our business plan we met with potential clients and an investor. This was back in 2016 so we thought, hey we should just do this. So, we incorporated in March 2017 and had the first version of our app on the app store in June 2017.
Tell me about your current progress so far? What sports are on the app?
We have a few thousand players right now, based primarily in Toronto. The sports we’re playing are soccer, basketball, ultimate frisbee, cricket, and badminton. A funny story as to how we got into these sports is that we’ve found that our app is commonly used among newcomers to Canada. This is because sports are a great way to meet people and find something to do in a new city. So, as a result, cricket is our most played sport right now.

How do you currently get users?

When you hear about a pick-up sports app you will probably think – OK the idea sounds cool, but how do you get players? So, we built a league communication platform in the app that allows us to sell the app to sports leagues as a way to post their schedules, message their players, do scores and standings, etc. This allows us to not only get players on the app, but we can also make money from the league.

How did you meet co-founder? What tips do you have to a successful team?

It was a long journey to get the team ready. I met my co-founder in university through a friend. We were in the same group together for this business plan. After that, we met a developer who liked the idea and wanted to work on a new app. We paid her to develop the app through the funds we got from our initial investor. She was a really good developer and managed to get it on the app store in three months. After that, it came down to slowly iterating the team. One thing that I personally found helps a lot is getting people focused on one goal. I’ve been doing a lot of work recently on improving clarity in terms of what the team is working on and what our different goals are and I’ve found that helps with team cohesion.

How did you go about getting first users?

So, our first user was actually a hockey league that was doing a 3 on 3 tournament. Part of the reason that we wanted to get our app out so fast is that we wanted to help them out with their season. This has been something that we’ve found helps us out a lot, is that we don’t put too much work into building before we’ve tested something out.
Talk about you went building the first version. Tips for about MVP?
So, I really knew nothing going into this. There were a few books that I read for inspiration and to figure out how to set this up. One of those books was The Lean Startup. The Lean Startup says build first as a step one, and then place that product in front of someone to see how they interact with it and if they like it. This is important because you’ll often times get feedback when you tell someone what you’re working on that will be completely off from what people actually want.
As an example, we had a pick-up game feature in the app that allowed someone to post a pick-up game for people in their area. To post this game, you’d have to pick the sport, give it a title, do min players, max players, and competitiveness. These were all requested features so we thought that we had to build them because that was what everyone wants. So, we eventually decided to try testing something new, so we did some mockups for a pick-up group system where instead of making games it was similar to a group chat. We showed some users these mockups and their feedback was that they like pick-up games more. The reason they didn’t like groups is because they were worried about who was in them and what the skill level was of the players. So, we continued with our pick-up game feature for another year before we decided to just put the pick-up groups on the app to see what would happen. Immediately the use of our pick-up side skyrocketed. We believe one of the major contributors to this is that having a chat feature now helps our users get over some of the social fear involved with playing sports with a group of people they don’t know. 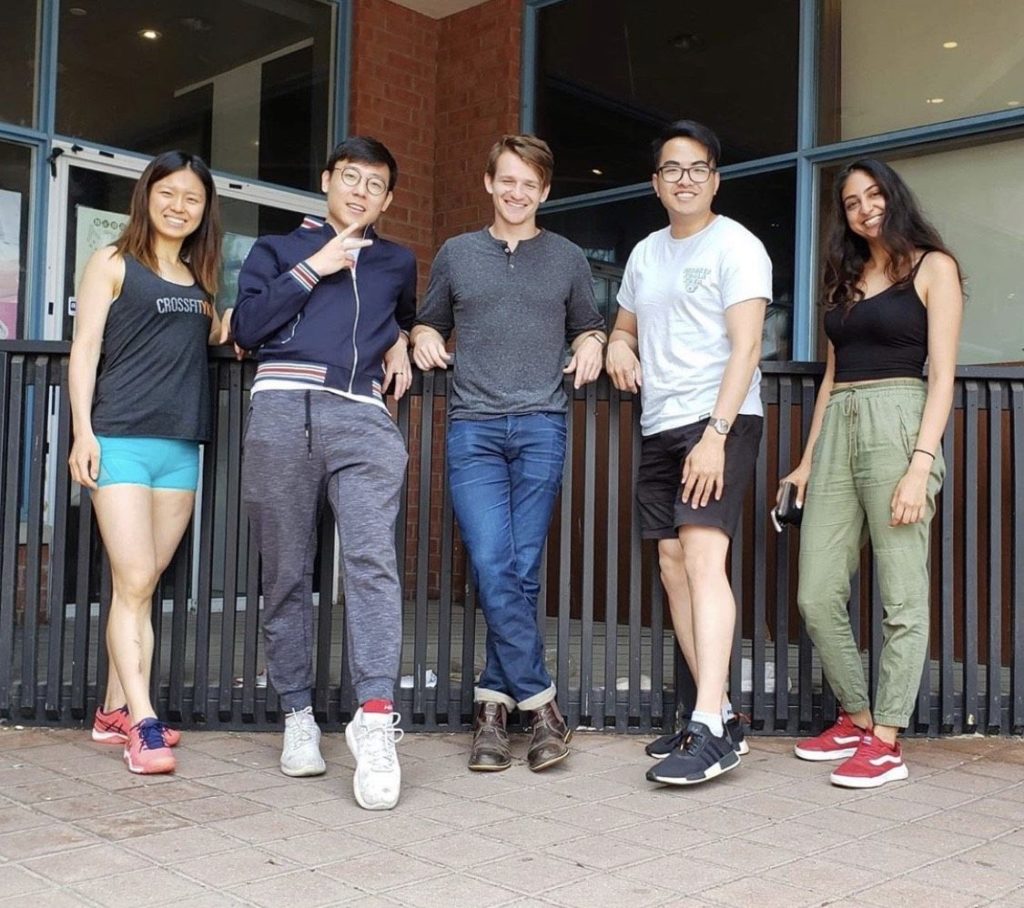 What tips do you have for entrepreneurs?
To circle back, my biggest tip is to build the easiest version of your product as your first step. For me it would have been a google form that helps people play pick-up sports. This will save you a lot of time in development, and help you figure out a lot of the operations of your day to day business before you have to fully commit to it.

Where can people learn more about the app?
Our website is javelinsportsinc.com. You can also find us on Google by searching Javelin Sports. We also have a Twitter and Instagram @appjavelin where we’ll post some information on what we’re working on, some of our pick-up games, and other stuff like that. 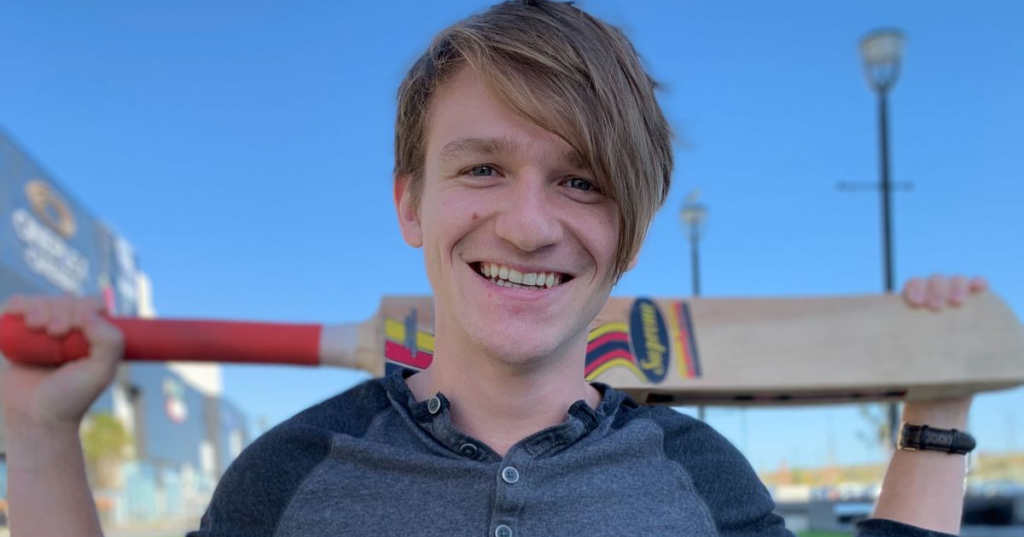