Today, we’re chatting with Brennan McEachran, co-founder and CEO of SoapBox. SoapBox is an agenda tool that fuels your one-on-one and team meetings. Some of SoapBox’s clients include Netflix, Adobe, Intercom, Wealthsimple and many more. Tune into our chat as we learn about how Brennan built this company:

1. You mentioned in your bio you were just 19 when you had this idea. How did the idea of SoapBox come about?

I was an undergrad at Ryerson University at the time, and I was frustrated by the university experience – registering for classes, buying textbooks, the list went on. My friends and I had lots of solutions to these problems, so one night I emailed the University President with our feedback. Two weeks later, the University President emailed me back – and wanted to meet to hear more. All of a sudden, I had his ear, and I wanted to gather as many ideas from my fellow students as possible before the meeting. But it was harder than I thought to collect that kind of feedback. That’s where SoapBox started – when I was meeting with the President, I sketched out the idea for an idea management software that would connect students to the President’s office. At that time, Ryerson was about to open the Digital Media Zone, Canada’s first University incubator for startup ventures, and we were one of the first companies to grow out of the DMZ.

Even though it started as a university tool, I could see from the very beginning how this kind of software would be useful to companies. I was essentially the employee, and I wanted to give feedback to my boss to help them be less stupid. So I basically built a tool I wanted to use.

Then the product shifted a little bit. We were helping enterprise companies like Coca Cola hear from their massive employee base – but we felt like something was missing from the tool. So we decided to rebuild SoapBox from the ground up. We wanted to refocus the tool to help managers have meaningful conversations with their employees – and we felt that the easiest way to do that was to focus on the most important time a manager has with their team: team meetings and one-on-ones. So we shifted from a feedback software to a meeting agenda tool – with the goal of becoming the manager’s sidekick.

2. Validation is such a key in the early-stages. How did you go about validating the idea?

To be honest, I think the first time around, the way I tried to validate the idea was bad. We were an enterprise tool focused on annual sales – which meant that it was taking us a whole year to really validate the idea with our initial customers (did they renew?)

The second time around was better. I was trying to be disciplined and deliberate. You can’t validate the whole idea at once, so what’s the part you’re going to validate? And validate at the cheapest point – ideally within the first few moments of the customer experience, so you get that feedback way, way faster.
The other thing is, there are different risks you want to prove or disprove depending on the product, the company and the market. You might want to focus on the technology risk, or you might want to focus on the marketing risk. Because I have a programming background, I tackled the marketing risk first – because it was the cheapest one to start with and I knew what was doable from a tech perspective. So I made a landing page outlining the features of the product, and I learned from that.

But that might not work for every company. That works if the risk is whether or not there’s a demand for your product. If the risk is whether you can actually make a product that works, that’s different. Like, there’s probably demand for “smell-o-vision.” You don’t need to make a website that invites people to sign up for it, because you can safely assume that, if you could invent it, people would at least be interested. The risk is how you’d actually create the technology.

3. We know finding the right cofounder is one of the biggest challenges early on. How did you meet your cofounders? Any tips on finding a cofounder?

I talked to a lot of people. I wasn’t actively looking for a cofounder, I just wanted this thing to get off the ground. And really – if you’re not motivated to do the work until you get a cofounder, your idea might not be good in the first place. You should be compelled to do it yourself, and you should be compelled to talk about it with anyone that will listen. And then, eventually, you’ll meet someone who is equally compelled. If they can’t sleep because they are so compelled by your idea, they should be part of your founding team.

So, I talked to a lot of people, and a bunch of them told me, if you really want to do this, you need to talk to Graham McCarthy. So I sent him emails until he replied. At the time, did I know he’d be my cofounder? No. Did I know he’d become my best friend for nine years running? No. But it worked out great.

And then you obviously want them to complement you. I’m a bit more ADD than Graham, and way more focused on the visual stuff. But Graham keeps us focused and forward moving. You want someone who balances you and doesn’t block you.

Oh, and if you’re a business person and need a technical cofounder? Tough shit. Everyone needs a technical cofounder. You should learn to code, build a bad version of your product, show it to developers. That’s what I did. If you’re compelled enough to found a company, coding shouldn’t be the stopper.

4. How did you build your MVP? Did you have a coding background?

I could whip together a website. But I was no means a computer science student. I was a business student. I was better at Photoshop than programming. But I needed to be good at programming, so I just started by learning the practical skills I needed.

Just aggressively get feedback from people on everything you’re doing. And talk to people. Meet people. Find developers looking for an idea. Some people have skills and need an idea. They need someone who can do the opposite of what they do.

In my experience if you can get a bad MVP out the door, or validate the market side of the concept you’ll be miles ahead of other founders. Focus on what you can do and make sure there’s movement there. Most developers will see how poorly done your MVP is and will want to tell you how to make it better — maybe one even just does it for you

There’s really no excuse today with the no-code tools available that a non-technical founder can’t get something off the ground. Even just a fake app built in marvel, invision, or figma should give you something to get feedback on. If you aren’t willing to do that you’ll likely have a hard time here on out.

I think culture is what happens when I’m not in the room. Our employees say that our culture is passionate and vibrant, while also being really caring and thoughtful. The team wants to come together to experience things – from Game of Thrones to new babies. We celebrate milestones in each other’s lives. We care about each other. But we also care about getting shit done and making a killer product, which means Radical Candor and open communication at all times.

Basically, the way I think about it is, if you’re not going to encourage everyone you know to work here, you’re doing something wrong. And, collectively, it’s your company so whatever that is should be fixed. If you’re not going to recommend our tool to your friends, it’s a stupid company. My team is the barometer for whether this company is working, or whether it needs some major changes. 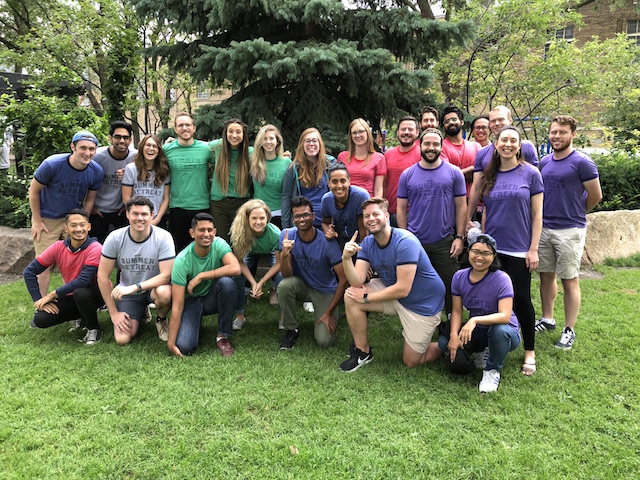 7. What sets of skills, competencies, and traits do you look for your new hires?

For me, I want values that align with ours. Then character traits. I am at the stage where I assume that the hiring manager has already validated that this person has killer technical skills related to their role. So when I sit down with them, I’m wondering, is this human the right human. Are they curious? Are they a growth mindset person? Do they have an internal locus of control? Are they morally ethical? Are they willing to debate, but also willing to lose the debate? Those types of things.

8. What’s the next exciting thing for SoapBox and your team?

There’s so much to be excited about now. But to be honest, the things that I’m excited about are kind of boring things to the outside world. We recently did a re-org across the company to move everyone into cross-departmental squads, and it’s been really exciting. The pace of the company is much faster now, and I think we can still increase our velocity.

Some of that is where I’m at in my career – to have a little bit of confidence to say, “I strongly believe this thing is the next most important thing.” And because of being in that state, as a company we can stay super focused and do a good job on those things. 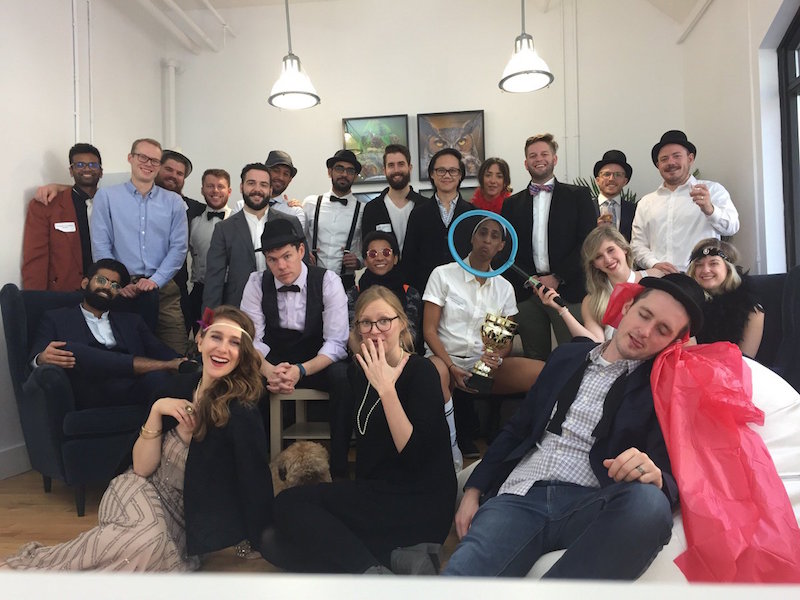 9. Life and balance in a startup is often more of a blend. How do you stay relax and take time off work?

I take a slightly contrarian angle on these types of questions. This job isn’t for everyone and it’s not all glory. I focus on the negatives because others don’t.

It’s a hard balance. I’m a worse dad and husband because I’m a startup founder. I have less friends. Because you have to prioritize work over other things. You build up a lot of relationship debt and friend debt and parent debt by choosing this path. Sometimes I miss bedtime. It’s not a huge deal because he’s young enough that he won’t remember it. But I won’t remember it either.

The good news is, you get to decide your own rules and build your company around that. So we shut down the company for two weeks over the holidays. We max out health benefits. Our approach is that if we can’t build a business with these things, what’s the point? If we can’t cover spouses and dependents on benefits for free, what’s the point? I care about having a company that makes those calls, and encourages a decent work/life balance. I care about my employees, so I need to care about their families.

10. What’s the best advice you have gotten for building a startup?

Again, I take a slightly different angle to these questions because I don’t think enough people talk about them.

I don’t think it’s a thing for everyone. It’s something that people sensationalize for whatever reason. There are better ways to make money. There are more proven business models to pursue. You can start a mechanic shop. You can start a plumbing business and make just as much money. If you have some business acumen, you could light the plumbing world on fire.

To learn more about SoapBox visit: