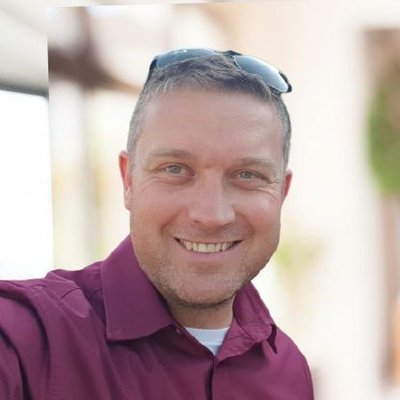 Building 50 products in 10 months? That’s right. We have Nick Duncan from Codecabin for our founder spotlight. We learned a lot from Nick’s journey and approach on building, validating, and how to keep it together as a founder. Check it out here:

Can you tell us a little bit about your current work and tell us about codecabin?

Codecabin started about eight years ago in 2012. It all originally started with a WordPress plugin called WP Google maps. At the time, there were about four plugins that were using the Google maps API to help people create maps online with WordPress. I was actually trying to do it at the same time. I was cycling at the time. I decided to build a plugin so that I can create a website that shows all the dangerous spots here in South Africa. Spots where you shouldn’t go with your bicycle. I have looked at some of the WordPress plugins at the moment at that time and actually just couldn’t afford to spend $20 to buy a plug-in. I decided to make mine and I made my own and launched it. It actually just started making money!

It blew my mind because it looked horrendous and actually looked horrible. If you ever look at one of the screenshots of that thing, you will question everything you know about startups and validating things and create an MVP. That this thing just took off! That’s the number one plugin in the world in terms of the map industry. This is our bread and butter, it’s really our go-to product. It’s our store.

What we do is we create a whole bunch of different internal products that we constantly test. We create and we try to see what actually sticks and gets traction. Then we really put a lot of effort and money into that and then market that thing to the hills and then see what happens. We’re very slow to sunset products. That’s one of our weaknesses. At the moment, we are on a mission to expand Codecabin.

There’s so much talk about how you should really just keep pushing for years and years. We’ve done it! We’ve really gone through this hyper experimentation on the one side, we write products and we see what happens almost immediately. But I’m on both sides of the fence, whether or not you should push something for so long or whether you should experiment and do things quickly.

Let’s talk about the early days. How did you know you wanted to start a startup?

I have always been a bit of an inventor. Had the first computer when I was 12 and then I completely destroyed it by the first day. That was a Pentium one! I just loved it from the start I think my mom was definitely an entrepreneur. My dad was also an entrepreneur. It’s in the DNA to actually go out and create something for yourself. Create a legacy and leave something for your children and their children!

I did work for a lot of companies. I had to get experience in companies before you could actually run your own. I went through working at one company, another company, and another company and I found myself always creating systems for them. I’ve always been a bit of a creator and maker, and then eventually I created a company that I thought would do well. It was a web design company and didn’t do well. After two months I had to go find another job. I ended up doing marketing. I was in a marketing company for quite some time and then I moved to a different one and I became acting GM of that marketing company.

Eventually, I was able to leave my job and let my wife leave. We made sure that we had enough money for her to leave. She left her job and then I left my job a month later and then ran with it from there. We never kind of looked back.

How did you go about validating business ideas? What do you look for to pursue the idea further?

Each product is different. A lot of ideas come to people in the showers. A lot of my ideas come to me in the shower, in my chair in the morning, or when I’m just chatting to my kids. I would like to see what people are doing. If it’s saturated, I kind of just leave it. But in terms of validating once we’ve created the MVP, we really don’t spend a lot of time on the MVP. We try to do it as quickly as possible because what we really want to do is validate it. We just throw a little bit of money at it like some Facebook ads or post things on product hunt. We monitor after that.

One example, that we launched this product called getchatapp. It’s a simple WhatsApp chat button for your site. We also created another one called WP social proof. We created something for WooCommerce and we put it onto WordPress. We pushed both products out there. We saw instant traction with getchatapp. As soon as we put it on product hunt. In contrast with WP social, even after advertising, even after trying to push it on WordPress, product hunt and all the other places, nothing!

I’m gonna probably sell that code to someone that’s interested and then focus on actively pushing the other product because we have seen almost instant traction. Just because you don’t see instant traction doesn’t mean it’s not working. But for me, I would rather see the instant traction. This is why we are creating 50 products. I’d rather find those ones that do have instant traction almost immediately. Then focus on those because if I’m going to create 50, I’m hoping that one out of those 50 is going to actually be a success and generate quite a bit of revenue for the company.

There’s so much to do behind the scenes and we haven’t really given our products a fair run. I’m okay with it because again, I’m just looking for that one product that just hits the market and blows up.

Let’s talk about team building. How did you go about like building your team and what do you look for?

We are a small team. What we do is we work on a freelance basis first, because you never really know what a person is like. We can only tell so much through an interview. We don’t get a sense of the person until they actually start interacting. They can either add to the culture positively or negatively. We’ve had instances where people have negatively added to the culture, but they’re so technically minded that you have to weigh up the pros and cons of these people.

Work and life in a startup are often more of a blend. How do you stay relax and take time off work?

Motivation for me is not a problem. I seem to be wired that way. In terms of burnout, I think I’ve still got a lot to learn. Few years ago, I was doing a really bad job at it and now I think I’m doing an okay job! What I do really is I’m a family man. I’ve got three kids and two of them are teenagers, which account for many of the grey hairs from my head! There’s always constant disruptions, but that’s just something you have with them. You have to set those boundaries for yourself. Especially for me, my wife and I, we go on a date every Friday morning. Set routines!

Also you kind of have to have one thing whether that’s gym or tennis. We’ve got a tennis court down the road, so I get to play tennis. If you don’t get enough exercise, you’re not going to be releasing the right chemicals in your brain. Your drive is just going to tumble.

What’s the best advice you have gotten?

When I was 17, my dad passed away. He was an entrepreneur and he was quite well off. We had the big house, everything was going well, and then he passed away. Everything fell flat. Your mentality goes all over the place. I was working at this company. This person came in and gave out some training. I think it was called investment in excellence. She said, “you’re going to set some goals! and I’m going to teach you how to actually achieve those goals”. But there was one particular thing that she said, “listen, today when you’re driving home, I want you to look and pay attention. When you’re driving home. I want you to look for used bricks. Okay. And we were like, why? She said do it. I want you to pay attention and you find those used breaks.” We found those bricks on the side of the road, people’s houses and gardens. Nearly hit one with my car as well. Then told the lady that we all found them and she said this is the concept I need you to understand:

You’re going to be always on the lookout for something that will help or for ideas that come to tackle certain challenges. Your mind is already open to those used bricks. You will find the things that you need to find in order to reach that goal. That was probably one of the most powerful things that I ever learned at a young age that really helped me.

For our audience that would like to learn more about your products, where can they go?

You can have a look at nickd.io or just have a look on Twitter. Nickd.io is the blog where I’m actually putting all out. Our findings and our new products are there. It’s quite exciting.

Eric is founder of FoundersBeta with a wealth of expertise in startups, building high-performing teams, and product development. He is a top ranked tennis player and always up for a conversation about startups. Connect with Eric here.