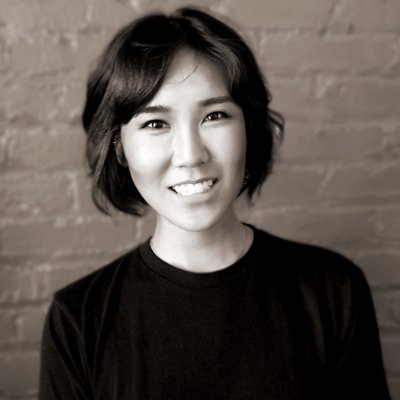 We’re thrilled to be back with another founder spotlight series. Today, we’re chatting with Shiz Aoki, Cofounder and CEO of BioRender. BioRender is a web-based software that helps scientists create and share scientific figures in minutes. It’s backed by an incredible group of investors, including Y Combinator. Let’s tune into our chat on how it all got started:

How did the idea of BioRender come about?

After graduating from my MA at Johns Hopkins Medical and Biological Illustration program, I took my first job as an intern at National Geographic magazine. I ended up spending more than 8 years with National Geographic, and eventually started my own Toronto-based science illustration firm, Anatomize Studios.

Once at Anatomize, my team regularly received requests for 3D graphics, which we expected; but we also began to see a new stream of requests that we didn’t expect – scientific figures from researchers.

Even as we grew the team, we couldn’t keep up with demand. Sadly, we found ourselves turning down the scientists that needed relatively simple figures. And we knew that when we turned them down, they would end up spending hours making a schematic that ultimately didn’t communicate their science. I realized that, at its core, visualizations were built on a few core elements – and I began to wonder what would happen if I just made all these elements available to scientists.

How did you go about validating the idea?

We built a product for one scientist, and we gave him access to all the elements he needed to create an illustration. He would come to our office and we’d develop the icons and templates he needed. That’s how we got started on building our library (which now has more than 30,000 icons). After that, things moved extremely quickly. 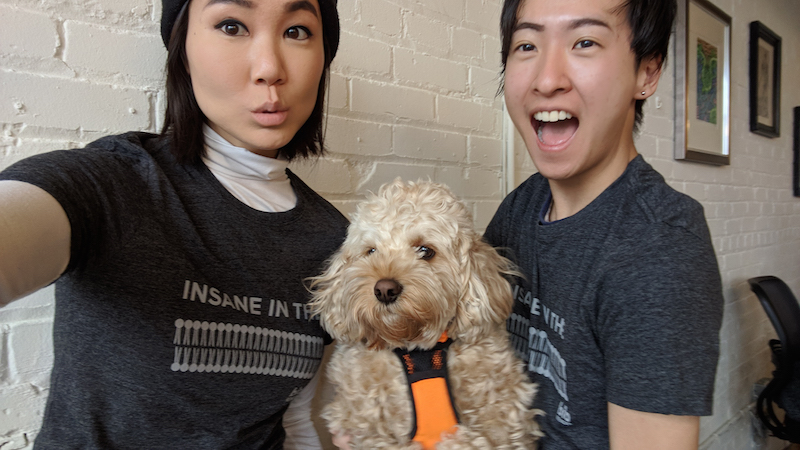 We know finding the right cofounder is one of the biggest challenges early on. How did you meet your cofounders? Any tips on finding a cofounder?

I actually met Ryan, our Cofounder and President, at Queen’s during our undergrad – so we knew each other for well over a decade before starting BioRender!

I met our CTO, Katya, at a Y Combinator Female Founders Conference. At the time, she was working for Dropbox in New York and I was thinking of starting a different company with Ryan. A group of us bonded over our shared home in Toronto and exchanged contact information. Katya went back to New York, but we kept in touch.

As I became more convinced I wanted to start BioRender, I reached out to Katya and asked for technical advice. From there, we started talking more regularly, and eventually she moved to Toronto to start BioRender with us. I feel very fortunate in that we got along so quickly right away.

Something that we don’t often talk about, but I think is the most important piece of cofounder dynamics, is communication. Ryan, our President, is a serial entrepreneur and had a lot of cofounder experience. The three of us made it a priority to understand our communication styles. Cofounder relationships need to be worked on like any other relationship, and we make a consistent point to do that.

They say when it comes to MVP to think cupcakes as supposed wedding cakes. Do you have any advice on how to build an MVP that gets traction?

YC has this well-known saying, “do things that don’t scale.” We started by building an MVP for a single user. That meant creating the icons and templates he wanted and the tools he needed (things like lines, arrows, a canvas, etc), and then watching him interact with what we built.

We continued this tight loop of product iteration based on his feedback – and repeated this over and over until we had a product one scientist loved. At that point, we started testing it with a small group of users, and after we had a few of these iterative cycles under our belt, we stepped back and asked all of them (and ourselves): what is the core functionality here? What do we really need to launch this thing and make a lot of users love us?

To build a great MVP, you need to learn to set aside your preconceptions and your ego. As an illustrator, I use design tools very differently than a scientist would – so I had to look at our small cohort of users, and the data we collected from observing them, rather than what I thought was best for the product.

Y Combinator is arguably the best startup accelerator in the world. What was your experience like? Any applications tips or tips for founders in general?

Y Combinator was such an incredible experience. It’s a really intense three months – you live and breathe your startup, and everyone else is doing the same. There’s this really intense energy that builds up to Demo Day. We learned so much during our time in YC, and made so much progress in such a condensed period of time because we had so much mentorship and support.

For founders looking to apply to Y Combinator, my advice is to be honest with yourself: are you really bought into the solution? Are you solving a real problem? If you answer yes to both, then look at your team. YC cares a lot about the founders’ experience and attitude, so make sure you’re starting the company with the right people.

As a leadership team, we believe in hiring great people and then giving them space to explore and flourish. The way I see it is that if you hire incredible people, you want to hear what they have to say. Everyone works really hard here, but we all take time out every day to have lunch together, and get excited about what we’re doing.

What sets of skills, competencies, and traits do you look for for your new hires?

We’re really looking for three things: resourcefulness, perseverance, and coachability. We want people to be able to work autonomously, who are able to set their own goals and deadlines and have the resourcefulness to solve problems on their own.

What’s the next exciting thing for BioRender and your team?

We’re growing fast, so we’re hyper-focused on building out our library of icons and templates and making our product even better for our users. We’re also starting to build the foundation of our BioRender community, which includes scientists across domains and ages helping each other visualize their science. So we’re excited about that!

Life and balance in a startup is often a blend. How do you stay relax and take time off work?

Balance looks different for everyone, so I don’t think there’s a formula for it. For me, I like to exercise with friends a few days a week, and I try to take at least part of every Saturday off to sleep in, relax, and go out for a nice meal. I truly love my team and what I do – so coming to work everyday is so much fun.

What’s the best advice you have gotten for building a startup?

Equally as important is to find cofounders and teammates that align with your values and complement your skillset. You will not get far without a great team and commitment to the vision.

About the Author. In Collaboration with BioRender Team: 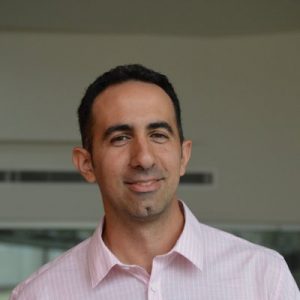 In Pursuit of World-Class Excellence. Eric is founder of FoundersBeta with a wealth of expertise in startups, growth hacking, and product development. He is a top ranked tennis player and always up for a conversation about startups.